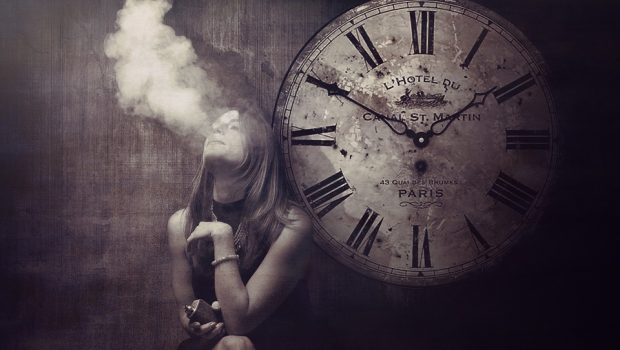 I smoked cigarettes for 30 years, my breathing got so bad at times that I needed to use a Ventolin Inhaler in order for me to function.  Admittedly it was only the mornings when I felt like this and it wasn’t everyday, but it was happening more and more as time went by.

I have been vaping for several months now and I feel so much healthier.  Not only is my sense of smell much better, but I smell much better.  My taste buds have returned in full glory, my energy levels are higher than they have been in decades, yes decades and I feel more mentally alert than I have in years.  I sleep better, I wake better and the clincher for me is my breathing.  I have started training again after 20 years, okay it’s not all smooth sailing, vaping has certainly improved my health but it hasn’t cured aging, yet.

I am obviously biased in relation to this topic and it would be hard for me to be objective, so I done some investigation in to the possible down sides of vaping too.  Let’s look at the more well know questions that people are concerned about.

Variety of Vaping Liquids and Flavours to Choose

E-cigarettes around 95% less harmful than tobacco

Potential side effects such as dehydration. The e-liquid contains Propylene glycol (PG) whic can absorb and retain water, which can lead to dehydration. Some people may also be allergic to PG. Other thans the PG, nicotine has negative effects on blood sugar and the circulatory systems. It is addictive and particularly  dangerous to pregnant women and breastfeeding.

Lack of Government Regulation on E-Cigarettes

The Irish Government are currently working on this and it won’t be an issue for too long.

While this was certainly true a couple of years ago and there were a few reported instances, It is basically down the equipment that you purchase.  It would be wise to spend a little more on quality to ensure CE compliance.

Vaping Does Not Help With Quitting Addiction

This is probably true for many, perhaps even most.  Some will reduce their nicotine levels over time, some even to 0.

Not unlike the counterfeit cigarette black market, the e-cigarette world has counterfeits and cheap rip offs too.  Some shops will offer you liquid for as little as €1.  The cheaper can contain all sorts of chemicals and for the most part you don’t know what the ingredients are.  There is only one way to avoid imitations  and the actual headaches they can cause.  Buy your liquid from a proper vaping store.  It may be 2 or 3 euros more expensive but it comes with a complete list of ingredients, with most Irish e-liquid manufacturers, natural ingredients are used also.

But After All That……

Again, temporarily putting my bias aside;

“An expert independent evidence review published today by Public Health England (PHE) concludes that e-cigarettes are significantly less harmful to health than tobacco and have the potential to help smokers quit smoking.

Key findings of the review include:

The review, commissioned by PHE and led by Professor Ann McNeill (King’s College London) and Professor Peter Hajek (Queen Mary University of London), suggests that e-cigarettes may be contributing to falling smoking rates among adults and young people. Following the review PHE has published a paper on the implications of the evidence for policy and practice. ” Read more from the GOV.UK Website

Vaping is still in its infancy. We have a lot to discover on both sides of the pros and con divide, but for me and my bias, I am definitely benefiting from vaping as opposed to smoking, in more ways than one.  For me, the fags have gone poof!