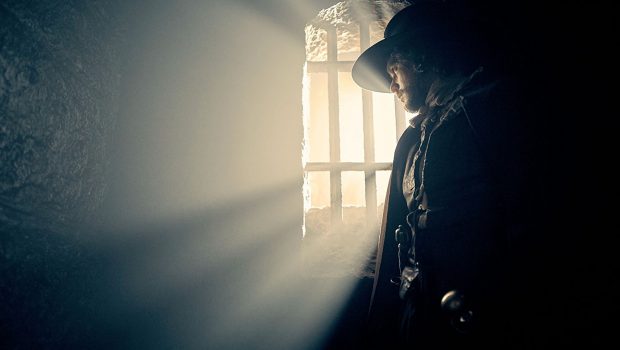 I have to admit, I am not at all a fan of period dramas, in particular, English period dramas.  I will admit though that I am a fan of Kit Harrington of Game of Thrones fame (John Snow).  So when I discovered that Kit Harrington was not only starring in but producing an English Period Drama, I had to go have a look-see.

Set in the 1600’s in England, this period drama is not only gripping from the getgo, it is hard-hitting and at times even unbearable to watch.  With a Jesuit Priest being hung drawn and quartered in episode 1, an elderly woman being executed naked by a manner which I find hard to fathom let alone describe.  All I’ll say is weights were involved.

The acting is flawless, the script is a pleasure, the scenes are authentic and the array of talented actors along with Harrington is impressive.  The whole package is delivered in cinematic quality.  This is a definite winner and may even sway my opinion on English period dramas for the future. With a 7.1 rating on IMDB, I suspect this will be Harringtons Golden Apple after GOT.