Why Should You Have to Pay a Surcharge to Pay Your Already Overpriced Bill?

Standing in line waiting to pay for my purchases in a Dublin convenience store,  I find myself being nosy again.  I am eyeing the purchases being paid by for the customer in front of me.  It’s the usual, bread milk, eggs, butter and so on, amounting to a princely sum of €37.48.  The customer than asked to top up his electricity to the tune of €20 , it was at this point I got my only surprise of the transaction.  “There is a 50c surcharge on this transaction” the shopkeeper informs the customer.  Without any sign of a moan, the chap in front of me handed over €20.50 to the nonchalant attendant.

Why should you have to pay a surcharge to pay your already overpriced bill?

This has to be your first question, no?  When I asked the attendant, he didn’t know, “It’s been like that since I started here last year” he tells me.  So I did a web search on the issue and found that it has some coverage.  Carl O’Brien of  The Irish Times wrote a piece in September 2014 entitled “Energy regulator tells firms to enforce ban on top-up charges“. In the article Carl writes (at that time) “Some 150,000 people use pre-pay meters. Many shops which sell credit for these meters apply surcharges of between 20 and 50 cent to individual top-ups, even though contracts forbid this.”

Carl also wites – “In recent days, the Commission for Energy Regulation wrote to utility providers about the impact of these charges on customers, particularly those who received meters due to financial hardship.

It said contracts with third parties such as Payzone and PayPoint – which administer pay-as-you-go services in shops – stipulate that customers should not pay any charges above the face value of gas or electricity. The letter, seen by The Irish Times, states: “We are requesting suppliers and Bord Gáis Networks to actively seek enforcement of the current terms and conditions between third-party providers and retailers prohibiting the charging of top-ups.”  Read more at http://www.irishtimes.com/news/social-affairs/energy-regulator-tells-firms-to-enforce-ban-on-top-up-charges-1.1913627 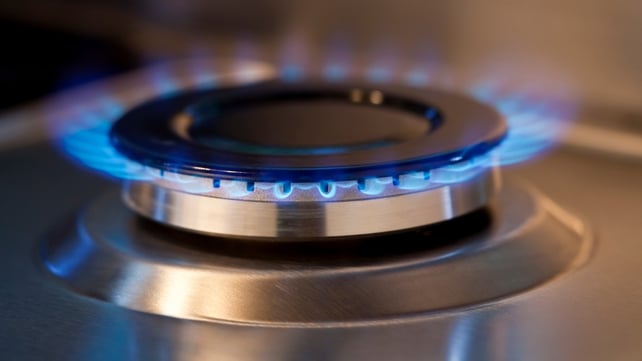 In August of the same year RTE News broadcast a segment entitled “Concern over energy top-up store charges” and opens with “Musgraves, owners of the Supervalu and Centra brands, have said any of their stores selling pay-as-you-go electricity and gas, display notices stating they charge fees for the service.

Retailers say they have been making losses on the top-up transactions.”

That was almost 2 years ago, but it appears that nothing has changed, so I’m asking why?

I rang the Commission for Energy Regulation and asked if they still held the same views on enforcing a ban on these surcharges, their answer was short. Yes.  I also spoke with a representative from RGDATA (The Retail Grocery Dairy & Allied Trades Association) who was very helpful in explaining that “storekeepers need to make money“.  Now of course this makes sense and a 50 Cent  surcharge is by no means going to have any shopkeeper retire anytime soon.

But what about the monopolies who run hundreds of stores around the country?, could they not include the service as a loss leader?, they certainly can afford to, after all the chap above was shopping in a store belonging to one of the three large convenience store chains in Ireland.  I rang the PR company for Musgraves Group who operate Centra, Mace and SuperValue, to name but a few and was told that I would be emailed a statement.  That was three weeks ago, still no statement.  But look, should we really be looking at the stores and stores, big or small, for answers?

I can only conclude that any commissions paid by the energy companies to the stores is, A, Non existent or B, insufficient enough to cover the costs of the transactions.  If this is the case, then the Energy Regulator should be able to step in here.  According to the Irish Times Top Energy Companies, ESB had a €3.3 billion turnover for 2015 and SSE Airtricity had €853.4 million turnover.  The only thing that I am truly sure of is this, the customer should not have to pay a fee, to pay a bill.

Why Should You Have to Pay a Surcharge to Pay Your Already Overpriced Bill? Gorjus Greg

Was this article Informative?